New Hope Rural Leprosy Trust is located in Andhra Pradesh & Odisha, India. New Hope India was founded in 1985 by Eliazar T Rose, the son of two leprosy patients, who has dedicated his life to helping India`s poorest and most vulnerable people. Eliazar was featured in the National magazine India Today in 1996 as an an “Angel of Hope” and referred to as a “Helping hand”. Again in 2013 Eliazar and Ruth were awarded into “Hall of Fame” of the Civil Society India .

Since then New Hope India have consistently reached out with an “Open Door” policy to help anyone who comes to New Hope who has need. From orphaned beggars, to the many leprosy sufferers and HIV AIDS women and children who are outcast by society. New Hope has established Community Centre Schools and Leprosy colonies plus hospices for the increasing number of HIV AIDS victims in India and a surgical hospital in Orissa which specializes in cataract surgery for the Tribal areas.. 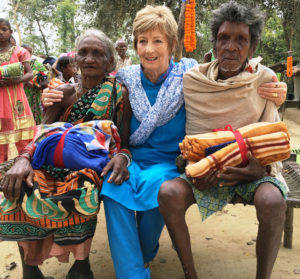 We provide health care and education working from the remote Community Centre at Muniguda, Orissa, to some of the most remote and disenfranchised people in India, including disabled people, children, and those living in abject poverty in Muniguda, Orissa.

Leprosy Colony Celebration Meals - Donation
One-off Donation. A joint meal celebration is prepared for one of our Leprosy Colonies. Choose a special date that is important to you for the celebration. We will prepare the food which would be local to the area and location of the colony. New Hope will forward photos and a report to you about the special celebration day.
Price: 144.00 AUD
YEN 13,723.20

Raju was bought to New Hope India as an abandoned child, malnourished, and close to blindness. He survived with the love, care and attention of a widowed woman in the New Hope India Community. Now 5 years on, he goes to school and is determined to achieve even with his visual challenge. He is a great example of our “Open Door Policy”. You will see Raju as he is today in the photo above right. He now goes to school and works hard to overcome his visual disability. Anyone in need is welcome at New Hope India. It’s called our “Open Door Policy”.

Leprosy Patients are a very important Project that we protect and care for in their Leprosy Colonies. These are real people, who really benefit from the Love Bundle gift donation.

Bundle of Love - Donation
Our love bundles are given out at Christmas time. Mostly to Leprosy colonies whom New Hope care for. Each love bundle includes a Bed Sheet, Towel, Sari (or Loongi for men) Sandals (made at New Hope by our Cobblers), Soap, Coconut Oil, Talcum Powder, all wrapped up with a big red bow.
Price: 20.00 AUD
YEN 1,906.00

Cataract surgery is an important part of our care for Tribal people who are impoverished and in need of care. It is impossible to describe the day to day poverty of the women in this photo. To be blind is a challenge in any environment, but in a rural village, where many are widowed, it is unimaginable. These women have had their vision restored thanks to the generosity of Australian donors. 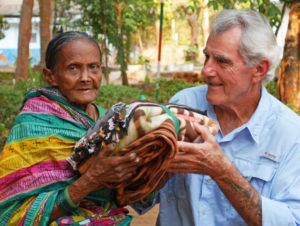 New Hope Rural Leprosy Trust Education, love and care of children from the homeless and orphans to HIV AIDS affected children, are a main priority of New Hope. Most of the children who are HIV+ are also orphans.

A District in India could be compared to 6 Shires in Australia and New Hope at Muniguda in Rayagada District is the only centre for Special Children with challenging needs. New Hope was a driving force, helped by funds from Australia, in eradicating Polio through door to door immunization.

New Hope India aims to be self sufficient and self sustainable and green.

How the money spent with New Hope India 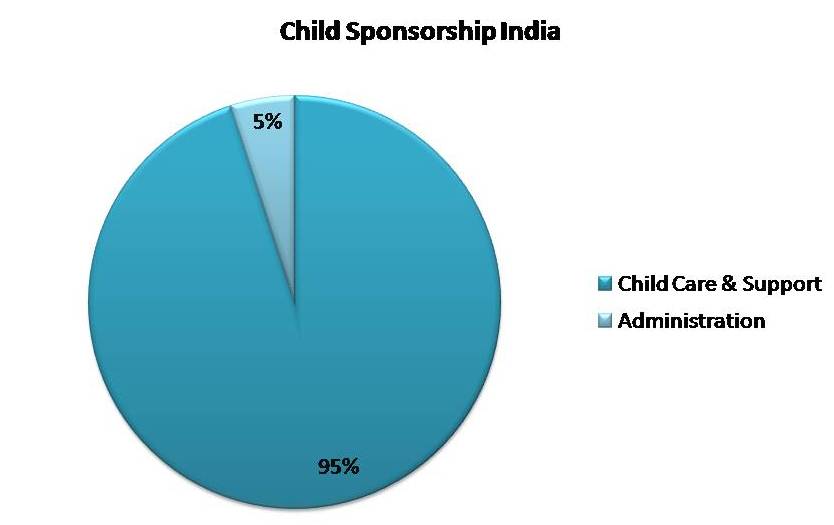