The sad news is that a girl who has been with us for 9 years passed away peacefully. She was found at the beach, that many visitors see when visiting and where our own children go for picnics. Abandoned as a less than year old. She was born with cerebral palsy and the level was one of the most severe we have ever experienced. Santoshi was cared for and greatly loved by many. The staff is to be admired for their loving care. Minnu, a Downs Syndrome young woman who was also found as a child at the same place also cared for her. If Santoshi was able to comprehend then she certainly had entertained from Minnu who sang to her and talked to her. Minnu got mango juice and slowly gave that in summer on a spoon. 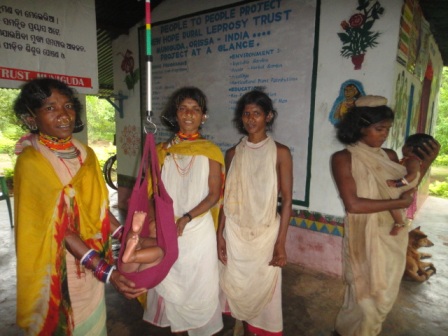 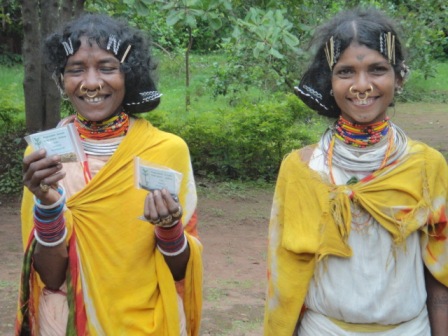 Mixed News for New Hope Australia : We have a full time young Tribal man who also goes from village to village and does eye survey work to confirm ‘mature’ eye cataract cases. He dresses as a modern young Indian and with a New Hope blue shirt. We also have one other younger Tribal man who retains his traditional dress. Many of the younger young women like their boyfriends to be traditionally dressed. I think this interesting and positive because we encourage them to keep their positive cultural life while adapting to better health care. The Safe Delivery Kit is an example.