Eliazar T. Rose Director of New Hope India recently said: of the Australian links built over the past 12 years, “I feel strongly about the whole relationship of working side by side with a solid team from a developed country” His favourite words are from Chilean Poet, Gabriela Mistral, below are some of Eliazar T. Rose favorite sayings:

Many of the things we need can wait, the Child cannot
Right now is the time their bones are being formed, their blood is being made and their senses are being developed
To them we cannot answer ‘Tomorrow’ their name is ‘Today’ 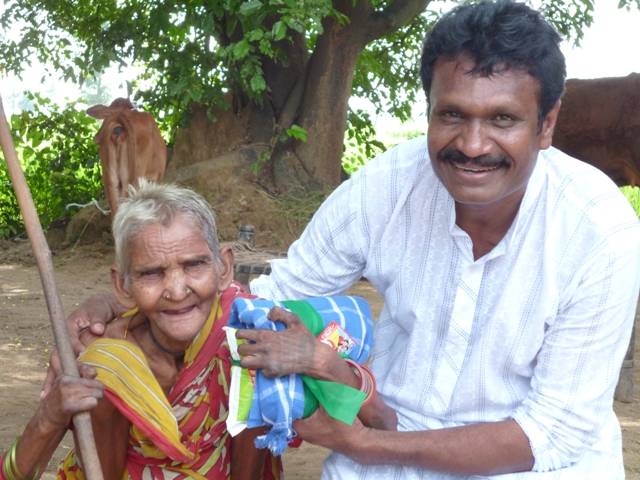 Eliazar T. Rose and Ruth come from very humble backgrounds. Both their parents suffered from Leprosy and have experienced the horror of being ostracized. Those with Leprosy were forced to live in colonies, which in the 1950’s was horrendous and without real anti Leprosy drugs. Eliazar was painfully aware of the shame and rejection suffered by his parents and from an early age he resolved to fight both the disease and its stigma.
While still a teenager he trained as a Boilermaker at the Institute of Indian Technology but never took up the trade, preferring to work in a Leprosy colony gaining wide experience in medical and laboratory techniques and gaining registration as a Medical Practitioner in the field of Leprosy.

In 1985, he and three like minded young Indians founded the New Hope Rural Leprosy Trust to fight Leprosy, poverty, literacy and many other challenges facing the poorest state of Orissa in India. Eliazar T. Rose chose to base New Hope Trust in the state of Orissa in a Tribal area known as the Koroput District.
In 2000 Eliazar T. Rose was awarded the prestigious Indian Prabhakarji Award by the Gandhi Memorial Leprosy Foundation in New Delhi. In 2005 he received the internationally acclaimed American ‘Damien Dutton Society Award’ for service to the leprosy affected communities over the last 25 years. The Gandhi Memorial Foundation appointed him to their Board this year. Eliazar and Ruth have both been recognized by Rotary International with the Paul Harris Fellowship award. Eliazar T. Rose is an accomplished speaker and ambassador for many causes. He is respected by all and loved by thousands of Leprosy patients and children on the Eastern sea board of India. After the Tsunami hit south India on Boxing Day 2004, Eliazar T. Rose again stretched out his hand to help the widows and orphans left by this terrible disaster.
The one point made by all those who meet Eliazar T. Rose is his strength and passion for the underprivileged and the quiet dignity and humbleness he shows.